In every walk with nature one receives far more than he seeks.  ~  John Muir

If you are an RVer, by definition you are probably a nature lover, and we are no exception.  We feel blessed to be able to have these experiences and are finding Eugene to be a city that shares our passions – hiking, biking, and kayaking.

Eugene, city of ~156,200 residents and home to the University of Oregon, is known for biking, running/jogging, rafting, and kayaking.

We read that biking is so popular here that in 2009 the League of American Bicyclists named Eugene one of the top 10 “gold-level” cities because of its “remarkable commitment to bicycling” and in 2010 was cited the 5th most bike-friendly city in America by Bicycling magazine.  Eugene is definitely being added to our come-back-again list.

Thanks to a tip from RV buddies Nina and Paul of Wheeling It, we hiked the Ridgeline Trail to the summit of Spencer Butte, an in-town hike on the city’s south side.

This 5.5 mile round-trip hike is fairly easy for the first 5 miles, with the last 0.5 miles a moderate scramble over rocks to the summit.  The views overlooking the city are quite nice and it’s a great place to share a picnic.  As we headed down I overheard a woman telling her young son about how rattlesnakes in the area like to sun themselves on the summit’s rocks.   It wasn’t more than 15 minutes later but what should I find right in front of me but a Northern Pacific rattlesnake. Since I wasn’t about to get close enough to grab a photo and he was just as anxious to get away from us, here is what he looked like. Terry and I agreed that we hadn’t really thought much about rattlesnakes since leaving Arizona but hey, why wouldn’t they want to hang out in a cool city like Eugene?

We managed to squeeze in another great bike ride, this time on the Row River Trail.  Although technically in a suburb of Eugene, Cottage Grove, it is an easy 20 mile drive to some great biking action.  If you choose to make the loop around Dorena Lake, you could be happily spinning for 34 miles .  We stopped at the 20 mile mark and enjoyed a picnic lunch along the lake instead.  This trail is nicely paved and takes you past not only the lake but great meadows, horse properties, and historic covered bridges – a fabulous way to spend a day!

The McKenzie River flows beside the Armitage County Park where we are staying and was a very convenient and lovely river to kayak.   The put-in point we opted for was 8 miles upstream from us.  Class I and a few Class II rapids mark this stretch of the McKenzie, just enough to keep you on your toes, a gentle reminder to pay attention to hidden boulders, fallen trees, and swirling eddies.  We had a blast but with the swift current, our fun ended too soon.  Next time we would opt for another put-in point which would extend the journey another 15 miles and add several more Class II rapids we are told.

If exercising is not your thing, Eugene has a plethora of offerings.  They are also known for their arts program so there is something here for everyone.

If you just want to chill and enjoy the fruits of summer, grab a basket and step outdoors.  There are wild blackberry bushes everywhere (and I do mean everywhere) just now starting to ripen.  August and September are the months and these luscious berries can be found growing along country roads, bike paths, rivers, and even in the Interstate 5 median!

Our time in Eugene has sadly come to an end.  With the biking, hiking, and kayaking available here, outdoor fun awaits right outside your door.  We are headed back to the coast for what is sure to be another grand adventure. 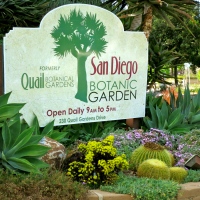